Share a memory
Obituary & Services
Tribute Wall
Read more about the life story of Rodger and share your memory.

Rodger Petersen Crook passed away peacefully in his home in Follett, TX, on Nov. 07, 2022, attended by his wife Dora Crook. Rodger was born on April 07, 1945, to Charles and Eva Crook in Afton, WY. The fourth of six kids, he lived most of his life in Smoot, WY, on the family farm where he helped his mother run the farm as his father took a job with the forest service at Palisades to supplement the income of the farm. He attended Smoot elementary until they closed it and was transferred to Osmond elementary. He attended junior high and high school in Afton, graduating in 1963 and married before joining the armed services as a wheel mechanic in 1967. He was stationed at Fort Huachuca then deployed to Germany with his wife and was delighted to have his first daughter in December of 1968 while stationed overseas. He was honorably discharged in 1969, returned home and started working several jobs including at the school district, and worked in the Callair factory to build Polaris snow machines. In February 1970, he welcomed his first son Rod, and later was blessed with his second son Rick in October 1974. He did odd jobs for Allen Sessions before gaining his career at Lower Valley Energy in 1977 until his retirement in 2001. While working at Lower Valley Energy he was elated to have his youngest daughter Kami in February 1979. In June 1989, he met Dora Webster and they were married in May 1990, combining their families and accepting her two small children, Wesley age 8 and Tonya age 6, as his own. They moved out of Afton and back to Smoot on a ranch near his childhood home, where he raised and sold sheep, paint and quarter horses, and later pigmy goats. He was one of the first two EMTs in Star Valley, affectionately dubbed EMT1, with Rudawn Rudd, who was sequentially named EMT2. He volunteered with the Star Valley Search and Rescue as well as the Afton Volunteer Fire Department. He enjoyed snowmobiling, riding motorcycles, hunting, four-wheeling, horseback riding, working with horses, and building and fixing things.

Rodger was proceeded in death by his father Charles Crook, his mother Eva Crook, and younger brother Kevin Crook. He is survived by his wife Dora Crook of the home in Follett; his sister Charleen Bill of Mesquite NV; sister Sue Buckley and husband Danny of Smoot WY; brother Paul Crook and wife Nancy of Smoot WY; brother Brent Crook of Salt Lake Valley, UT; daughter Kerri and husband Steve Leach of Draper, UT; son Rod Crook of Afton, WY; son Rick Crook and wife Leah of Columbia Falls, MY; daughter Kami Jensen and husband Jarom of Logan, UT; bonus son Wesley Sellers of Enid, OK; bonus daughter Tonya Land and husband Andrew of Enid, OK; nine grandkids, four great grandkids, and numerous nieces and nephews. Rodger was a great man of quiet strength, indomitable spirit, boundless love, and true convictions. He will be as deeply missed as he was loved. Memorial services will be held at a later date in his home area of Star Valley, WY. Please send prayers of comfort and strength to the family at this time. 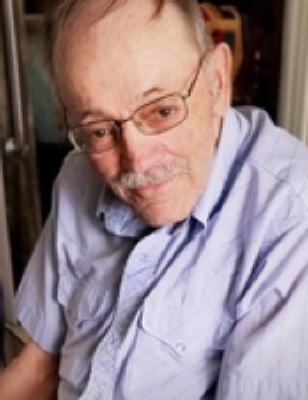