Read more about the life story of Kevin and share your memory.

Kevin Dean Wynn (better known as Kev, daddy, and his favorite title, Pop Pop) was born in Perryton, Texas on September 19, 1953 to Cecil and Patricia (Kerns) Wynn of Follett, Texas. Raised on the farm, he was strong and dependable, never afraid of hard work, and always eager to lend a helping hand. Kevin was the middle son of five children: his siblings include Daryl, Linda, Kelly, and Clay. Cecil and Pat raised their family across the state line, after purchasing the Lavoy Trout place in 1950. Although they lived in Oklahoma, their hearts belonged to Texas where they attended the Follett United Methodist Church and were involved in the community there. Like all Follett students of the time, Kevin was immersed in every possible activity from cub scouts to Panther athletics.

After graduating from Follett High School in 1972, Kevin attended West Texas State University in Canyon, Texas on a football scholarship. It was there that he met the love of his life, Patricia Ann Milstead, from Plains, Texas and they were joined in marriage December 21, 1974 in Plains. Kevin and his new bride returned to Follett, where Kevin continued the tradition of farming and ranching on Grandpa Art’s land. They started their family in a two-bedroom house on Bruce Street, where they welcomed their first daughter, Heather, in January of 1976. Anticipating a growing family, they bought the house on north young street just before Amy arrived in March of 1980. This is where they raised their girls and welcomed their grandchildren. Theirs was a loving home and the beginnings of a lasting legacy.

Kevin farmed and ranched for 49 years; 30 of those years he also worked as a pumper for Unit Petroleum. He served on the school board, spent many years as Follett City Mayor, served as a youth sponsor for church while his girls were young, and helped kids with countless Lipscomb County Livestock Shows. He was an active member of the North Harvest Community Church in Follett and loved to serve others. He was the voice of Panther Football for over 20 years and absolutely loved being a Follett Panther.

Kevin enjoyed taking the grandkids fishing, hunting, and loved chasing them to each game and activity. Besides his role as husband and father, being Pop Pop was by far his favorite job. He also enjoyed spending time with his friends and was famous for his ability to fix virtually anything. He always had a story to tell, an encouraging word to share, and that unforgettable laugh that always left you smiling. If Kevin were still here today, he would tell you not to grieve his absence, he is rejoicing in the arms of Jesus. He would also tell you, that he loves you, and to drive like everybody else is crazy. 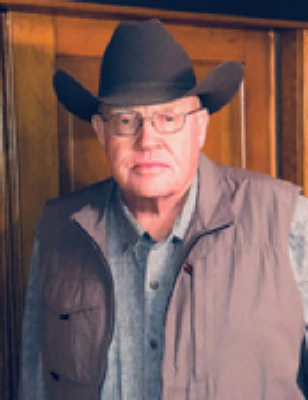