Read more about the life story of Karen and share your memory.

Karen May (Trissel) Jones Shirley was born on January 12, 1940, in Mooreland, Oklahoma. She was the oldest child of three born to Floyd and May Pearl Jackson Trissel.

Karen lived in Shattuck, Oklahoma since 1957. She was always very active, especially when it came to working in her yard. She had a passion for sewing and created clothes and quilts for family members over the years. She enjoyed baking and a few favorites include her Cinnamon Rolls, Chocolate Sheet Cake, Peanut Butter Cookies and many other goodies. She loved going to see her grandkids every chance she got. She was a Den Mother and helped with 4-H.

She married John William Jones on August 14, 1957. They had three children together, Randy, Linda and Rodney. John built a house for them in 1962 and Karen lived there for 60 years until her passing. They attended the First Baptist Church in their younger years. John passed away in a car accident on February 12, 1975 at the age of 35. Karen was left to raise three children on her own and did a great job of keeping the family together.

Karen married Travis Maurice Shirley of Woodward, Oklahoma on April 28th, 1985. They were married for 12 years until his passing on March 16, 1998. Travis had two daughters from a previous marriage – Kim Shirley Forbes and husband Calvin, and Melissa Shirley Spencer and husband Todd.

Karen was a homemaker until the death of her first husband, John Jones. She then worked at the Shattuck Water Office, Bestway and Ken’s Drug Store. She started taking college business courses at Southwestern Oklahoma State University – Sayre.  In 1977, she started working at Newman Memorial Hospital in the business department and was there until the late 80’s. Karen then ran and was elected for the Ellis County Clerk-Treasurer and served for 15 years before retiring in 2006.

She is survived by her three children – Randy Jones and wife Tina of Shattuck, Oklahoma; Linda Jones Haworth and husband Kirk of Amarillo, Texas; Rodney Jones and wife Kathy of Lakin, Kansas.

She is survived by her brother – Terry Trissel of Reno, Nevada and many other cousins and extended family.

We are grateful for all the wonderful caregivers Karen had over the last three years and are especially grateful for Dustie who was there from day one. 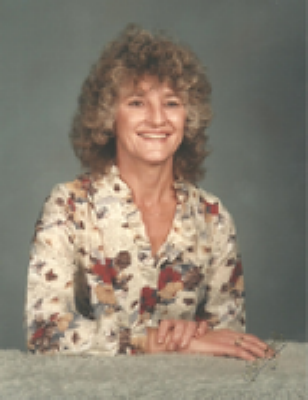