Share a memory
Obituary & Services
Tribute Wall
Read more about the life story of Gary and share your memory.

Gary Morgan Bedell was born on February 24th, 1954 in Beaver, OK to Earl and Vona (Ward) Bedell. Gary was the second of four children. He was raised on the family farm, South of Slapout, OK. Through his life on the farm he worked alongside his father, who taught him the love of farming and ranching. Gary worked as an over-the-road truck driver for many years. He retired from his job as a heavy equipment operator at Beaver County in 2018. Anyone who knew Gary, knew the pride he took in his work blading his neighbors roads.

Gary welcomed 4 children Colby, Charles, Shawnna, and Trista before his marriage to his soulmate, Kimberly Rigsby, in November 1991. Gary and Kim were blessed with two more daughters, Taylor and Tierney. Gary loved all children. From his own children, to his nieces and nephews, to friends of his daughters, none ever had to wonder whether they were loved when he was around. Gary never had more love in his heart than the love he had for his 7 grandchildren, Delani, Maci, Serenitie, Kinslee, Forrest, Liam, and, Teresa.

For those who knew Gary, knew they could always count on him for a laugh. Gary could lighten any situation with few words and always knew how to put a smile on anyone he encountered face. He was loved beyond measure by so many who crossed his path through the years. He was a person you couldn’t help but cherish.

Gary died unexpectedly on January 4th, 2023 in Beaver, Oklahoma, when his huge heart grew too tired to carry on. Although we didn’t have a chance to say goodbye, there was never a doubt how much love he left with all of us, big and small. His love and legacy will only continue to grow in the hearts of his family.

The family asks to remind you to never miss any opportunity to tell those you love just how much they mean to you. 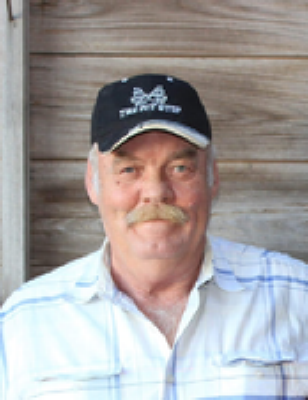